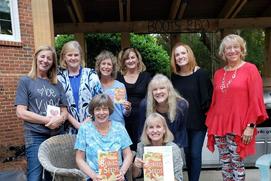 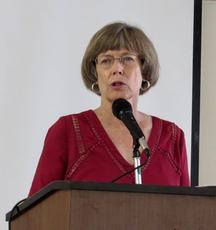 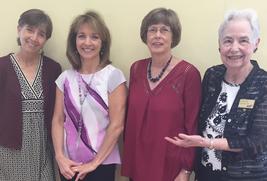 We had a lively discussion of BURIED SEEDS at Linda Rogers'

Plus--a Silver Medal for Blended Fiction (women's and historical) and Third Place Runner-Up for Novel of the Year (Before Publication)!

Two Women, A Century Apart. Both have had enough.

2017: Angie Fisher promises to take over her best friend’s duties as president of the local teachers union in West Virginia, but her unemployed husband fears her involvement will cost him a job with the FBI.

1903: Angie’s great-great-grandmother Rosella endures devastating loss, life-threatening illness, arrest, and the destructive force of an earthquake. Yet nothing derails her quest to control her own destiny and win the right for all women to vote.

Through pages of a family scrapbook, Rosella’s courage speaks to Angie. If she doesn’t advocate for her students, hearing-impaired grandbaby, and colleagues, who will?  But will she lose the man she loves by taking a stand? At what point does silence become betrayal?

WEST VIRGINIA BY THE BOOK DISCUSSES BURIED SEEDS, Part One

Three generations of women in a family of West Virginia glass workers share their stories. From Aunt Livvie, Sarah learns about women in her family who overcame wrenching losses, brutal working conditions, and rape. These stories and her family’s unconditional love give Sarah the courage to forge a new life for herself and her child.

THE COLOR OF LIES

Molly Culpepper believes her hometown of Alderson, Georgia, is a place of harmony—until a colleague chalks a racial slur on the blackboard during Barack Obama’s presidential campaign. In the chaos that follows, Molly begins to see her town and herself differently as she works with her neighbors to heal wounds, both old and new.

Impoverished college student Summer Cassidy  just wants to earn her master's in hydrogeology but two months shy of her graduation, a corporation tries to suppress her research into contaminants in its ASR wells--can they keep her from pursuing the truth and her dreams?

When grad student Summer Cassidy arrives in West Virginia to test water quality near fracking sites, she confronts fouled wells, puzzling illnesses, and cyberespionage. Surrounded by chaos and deceit, can Summer track the source of  contaminants before more people get sick—or even die— simply by turning on their taps?

MAGIC IN THE MOUNTAINS

Kelsey Murphy revolutionized the creation of multi-layered cameo glass by marrying fine art to manufacturing. This is the story of everyone in Kelsey's journey, including partner Robert Bomkamp, the people of Pilgrim Glass, and all the forces gathered in Ceredo, West Virginia, the small town and its people who believed in the magic of cameo glass.

If you read one of my books, it would be a great kindness if you would leave a review

on Amazon or Goodreads.